Clockwork Watch is a collaborative transmedia storytelling project set in a retro-futurist steampunk vision of Victorian England. Launched in May 2012, this five-year immersive participatory story, is told through graphic novels, interactive promenade theatre, online adventures, an interactive book, and a feature film. The project was created and produced in London by Yomi Ayeni, started out as a New year’s Eve party called Seductive Alchemy where he realised that there were hardly any other black people. “I couldn’t work out what was alienating them: was it the clothing, the period in history, the music, or just the fantasy?”.

The Online world of Clockwork Watch uses aCC Creative Commons licence, to publish fortnightly updates from the story universe. The content is published under the guise of a fictional newspaper called “The London Gazette”, through which participants are invited to create their own characters and story lines – interacting with news by contributing articles, photographs, videos, letters, even drawings showing how developments affect their characters in the Clockwork World. The best submissions following the story arc will be given Canon status, incorporated into the universe narrative, and the authors will be awarded a contributors credit on the website.

The background story of Clockwork Watch is made up of the original narrative, as well as contributions from participants who all retain ownership of their respective IP. The aim of this project is to create a sandpit where participants can experience a ‘make believe’ world, interact with the narrative, contribute to an alternate history, and propose creative adjustments to the story. 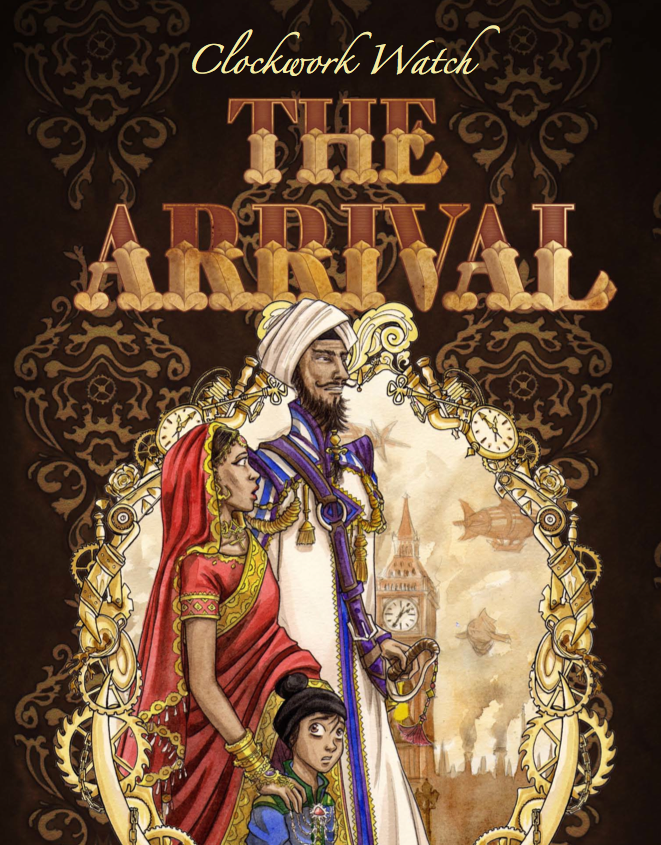